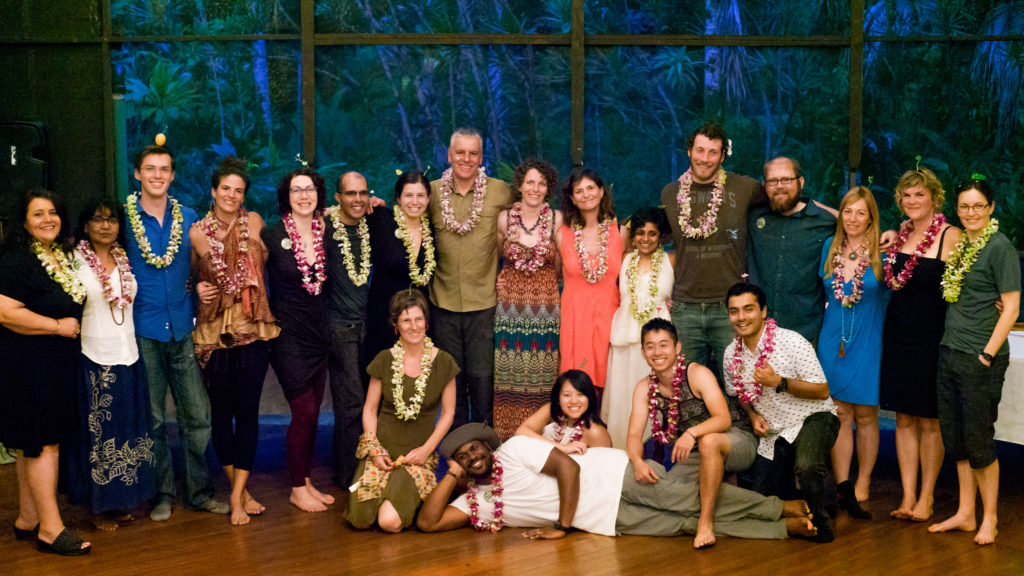 The newest set of Certified Biomimicry Professionals graduated recently during a ceremony in Kona, Hawaii, marking the official launching-off of a group that is already making positive impacts around the world.

Their final immersion and graduation on the island of Hawaii was quite apropos as they embark on efforts to colonize new territories and build thriving ecosystems through biomimicry—very similar to the species that are succeeding on the still emerging volcanic island.

“Everyone was so inspired by the amazing strategies adopted by early colonizers of volcanic flows, and equally eager to spread their seeds/wings/roots as Certified Biomimicry Professionals,” said Dr. Dayna Baumeister, program founder and instructor. 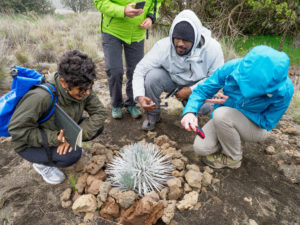 The 2016-2018 cohort included 18 members from Brazil, Canada, the Dominican Republic, India, Singapore, Spain, Switzerland, and the U.S. They are professionals working in a broad range of industries, including biologists, engineers, social innovators, and designers.

The globally renowned BPro program is a part-time, two-year course that integrates an accredited Master’s of Science in Biomimicry degree through Arizona State University with an in-person immersion program run by Biomimicry 3.8. Grads receive the highest-level, most comprehensive biomimicry training available today.

The program has now certified 66 Biomimicry Professionals through four cohorts since 2008, and is currently reviewing applications for the fifth cohort.

Baumeister said she’s already proud of the impact that grads are making.

“Our program includes a strong leadership development component, and I’m thrilled to see them demonstrating these capacities, even before they graduated,” she said. 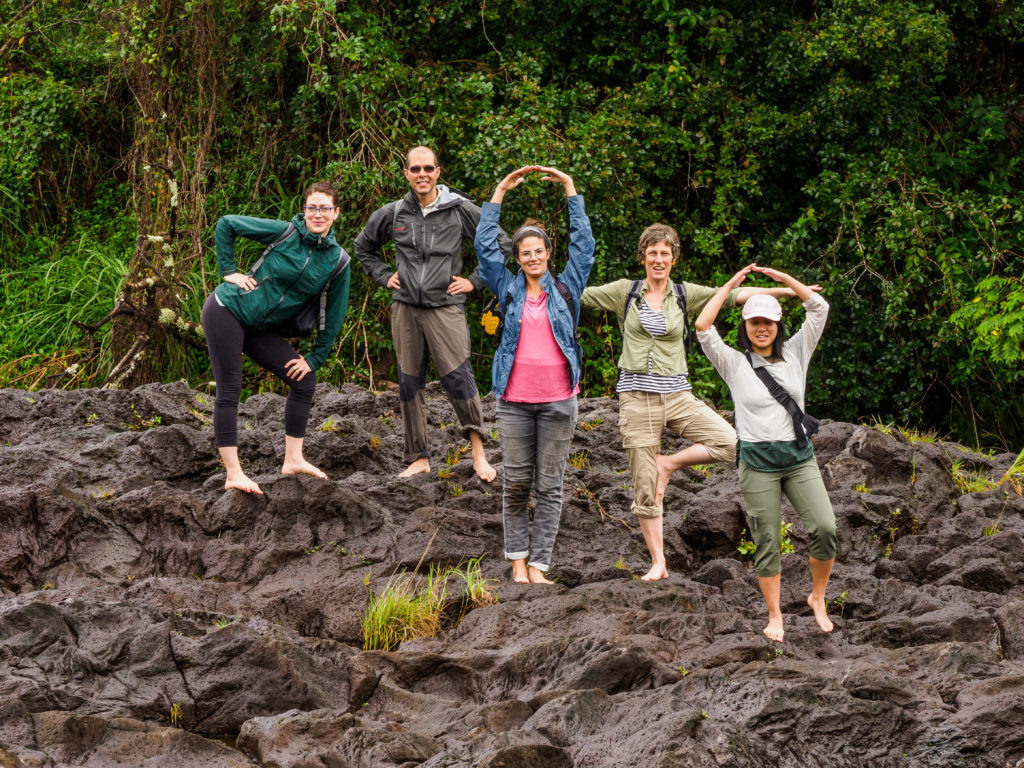 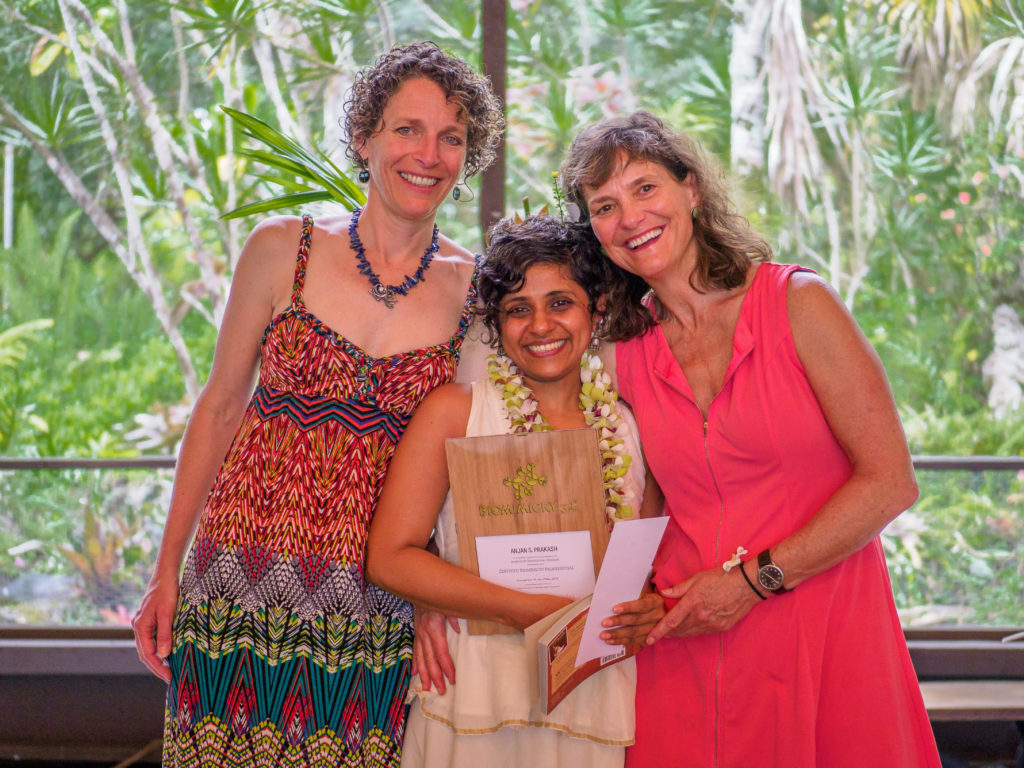 As Johnson & Johnson’s post doctoral resident expert in biomimicry, grad Dr. Mehlika Ayla Kiser is working with the company’s numerous R&D teams to infuse biomimicry into their innovation approach and create biomimetic consumer products that are healthy, effective, and sustainable. Her ultimate goal is for everyone in Johnson & Johnson’s R&D department to start innovating or problem-solving by asking, “How does nature solve this challenge?”

Graduate Richard Fisher, MS, is passionate about the application of biomimicry to urban vitality, especially his home town of Vallejo, California. He started several local initiatives including Vallejo SOUP, a community empowerment experiment based on grassroots democracy and Life’s Principles. His talks in the community have been attended by hundreds of locals, and he’s caught the attention of the city council, as well.

Michelle Fehler, MSD, MS, and now a BPro, is a Clinical Assistant Professor at ASU, and along with joining the instructors for the next BPro cohort, she’ll lead a multi-disciplinary design studio known as the Global Engagement studio in the Fall of 2018 with Adelheid Fischer and Darren Petrucci, also of ASU. In partnership with the Parque Nacional Galápagos, the Charles Darwin Research Station, the Universidad Técnica de Ambato (UTA), and ASU’s Biomimicry Center, they’ll explore how biomimicry can give rise to sustainable innovation in the Galapagos Islands.

Biomimicry 3.8 is proud to announce that cohort grad Seth GaleWyrick, a design engineer, will join the B3.8 team. He is currently working on several client projects that require an engineering perspective. His ability to bridge the biology to the engineering is key to his contribution to these cutting edge projects.

Graduate Billy Almon, otherwise known a “Billy Biology,” is a architect and designer for Disney. He was recently selected in a highly competitive process as a fellow for the International Wildlife Film Festival and is developing a video series, Billy Biology as “place to come and learn about the incredible ways nature solves problems similar to those we encounter as humans, in a way that is simple, informative,  immersive, and outrageously hilarious (hopefully).”

Only half-way through her studies, Clare Miflin, architect and author of the AIANY Zero Waste Design Guidelines, led the development of the AIANY Zero Waste Design Guidelines (ZWDG), which launched in 2017 through a multidisciplinary process with over 100 collaborators. In her work developing the Guidelines, Clare used biomimicry to develop a coherent vision as well as the strategies for system change. Clare is creating a consultancy—Woven—to focus on weaving natural systems into the built environment and applying lessons from the dense diverse vitality of a mature ecosystem to a cities’ systems. She is looking for ways to incorporate Ecosystem Performance Standards to NYC and its surroundings.

The 2016-2018 Biomimicry Professional graduates also include: