Photosynthesis: A renewable energy system born billions of years ago 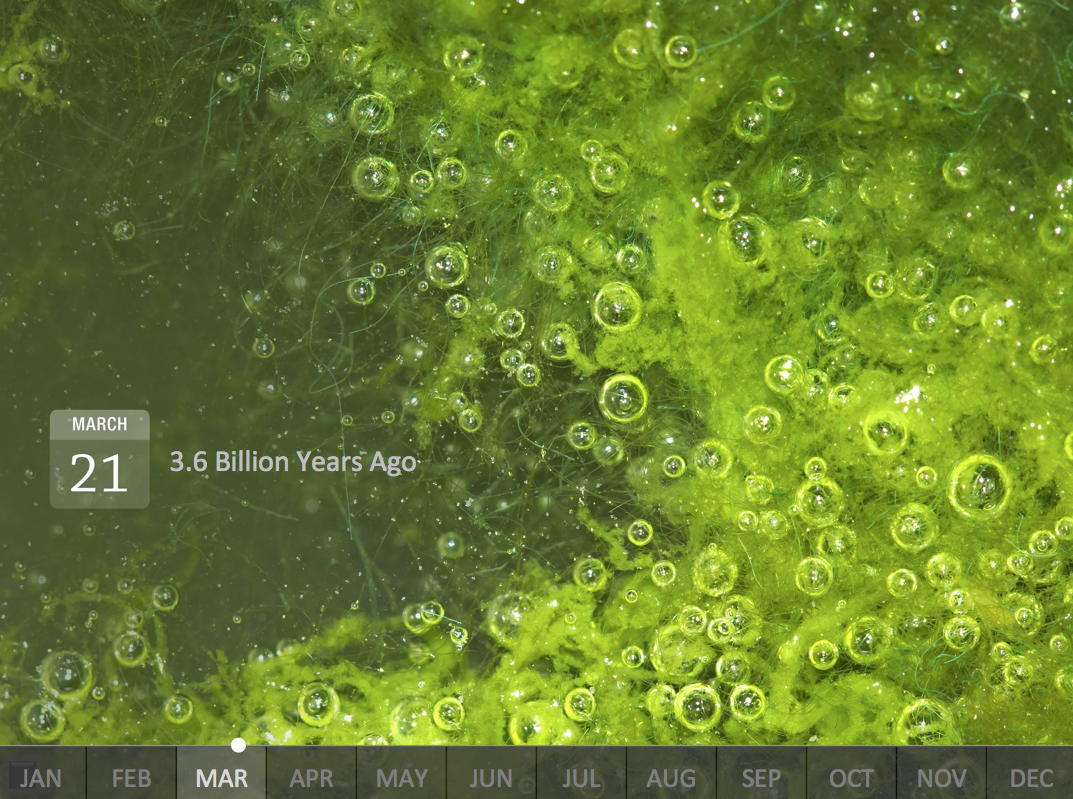 During our Happy Birthday Life celebration last month, we told you about how Life first appeared on Earth in the form of a single-celled organism on February 25. That’s according to Earth’s calendar year calculations, which compress the age of Earth (4.5 billion years) into one calendar year. According to that calendar where 144 years equals one second, if Earth was “born” on January 1, then February 25 would be the day life emerged.

About 23 days (or about 285 million years) after the first single-celled organism appeared, photosynthesis evolved. That makes March 21 a major milestone on Earth’s calendar: The evolution of a new kind of energy that is produced, captured, and stored during a process that fits into a renewable system that has lasted for billions of years.

Photosynthesis is the primary form of energy production that sustains biological life on our planet. By capturing sunlight energy in molecules, plants and algae have become a foundation that supports nearly all other life on Earth. These photosynthetic reactions are key to harvesting the energy of the sun and storing it for future use.

Cyanobacteria and other photosynthetic bacteria, algae, and stromatolites thrived using this energy system for billions of years, laying the groundwork for other important Life milestones. In Earth’s calendar year, the first cells containing a nucleus appear July 15 and land plants began to appear on November 22.

But human society has been running on ancient photosynthesis trapped in fossil fuels. This practice releases carbon dioxide into the atmosphere and is now causing the crisis of global warming. Nature, however, uses carbon dioxide as a building block.

How could we mimic nature so that we too are running on sunlight and use CO2 as a building block?

We could use biomimicry to help reverse climate change. And, mimicking photosynthesis in leaves can help us invent better solar cells. 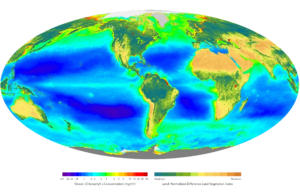 The photosynthetic structures in plants, along with their energy processes, could inspire new energy systems for entire cities. Here’s more on that from AskNature.org:

A bird’s-eye view of a natural metropolis would show nothing but green. No roofs, parking lots, or highways would be visible. All flat surfaces would be covered with woods, parks, and gardens. The vertical structures would be the facades of offices, residential buildings, cafes, and boutiques, all with access to nature. Inside the ‘thylakoid structures’ would be sufficient space for transportation, parking lots, shopping malls, and factories, which could manage with artificial light.” (AskNature.org: Tributsch 1984:7-8)

What does this mean for Life on Earth?

Earth’s calendar year illuminates a fascinating perspective. It shows just how long Life has been working as the ultimate innovator on Earth. It shows how short of a time humans have been on Earth. Consider this: There are 30 million species on the planet today. Together, these organisms represent less than 1 percent of all the species that have ever lived since Life first appeared on Earth 3.8 billion years ago.

Later this year, when multicellular organisms appear in July, we’ll be celebrating again, asking you to share photos of your favorite organisms along the way. Sign up for our email list to keep up with our Earth’s calendar year celebrations.

Click here to learn more about Earth’s calendar year and view all of Life’s important milestones.