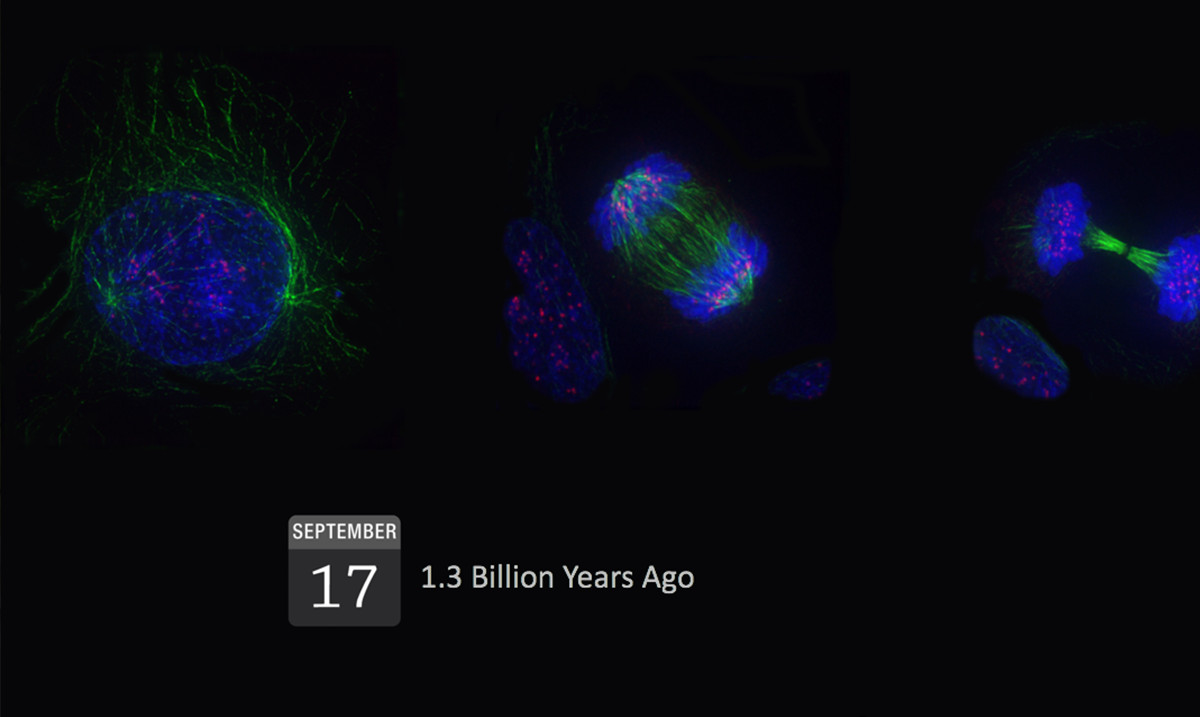 It’s time again: Another day to celebrate on Earth’s Calendar Year, the calendar that compress the age of Earth (4.5 billion years) into one calendar year.

It’s hugely important on this timeline because it allows organisms to begin combing genes, allowing the next generation to do more than its parents; upping the chance of survival.

We’re celebrating the “birthday” of sexual reproduction this week as a part of our year-long Happy Birthday Life celebration. In March, we told you about the day photosynthesis appeared. And, we told you about how Life first appeared on Earth in the form of a single-celled organism on February 25. That’s according to Earth’s calendar year, where 144 years equals one second, if Earth was “born” on January 1, then February 25 would be the day life emerged.

What’s so important about sexual reproduction?

The first living organisms simply replicated themselves like carbon copies. It was easy and it was fast. Until 1.3 billion years ago, when something new happened.

Some organisms first needed to find a mate in order to reproduce. It was slow, because not all progeny were female, which slowed the process down. So, why the change? Why did this new idea survive and become so successful? What were the benefits over a fast copying system that could populate more quickly?

Sexual reproduction meant that an organism could combine half of its genes with half of another’s genes, which creates new combinations for each generation. Though slower, sexual reproduction results in offspring that can do more than its parents.

Shuffling and recombining genes creates complexity, but also more ways to survive a changing world. Nature is not static. If you can mix genes, there’s a better chance your offspring will survive. Sexual reproduction started becoming successful because organisms began to design more ways to find food, manage pathogens, and attract the best mate. Genetic diversity meant that a species could change over successive generations.

If a design never changes, it may not be able to adapt to new conditions. Complexity, and even mutations that don’t work presently, are like having extra ideas in your back pocket. They might not fit the old system, but when the system changes–voila!

There are still organisms today that can reproduce by themselves (asexually) like some bacteria, plants, worms, and even some lizards and snakes. This resistance may become a dead end if faced with surviving the fast changes the planet is now experiencing. Life succeeds best when it’s adaptable.

For example, if a flower is tied to a specific pollinator that disappears, that flower might go extinct. Living in such a specific niche might be very successful…but only until things change. Whereas, if you have a wider variety of genes in your DNA, the possibilities and variations of design are endless.

Up next on Earth’s Calendar Year: Vertebrates appear

Sexual reproduction sets the stage for an exciting rest of the “year” when we’ll begin to see an explosion of new forms of life.

What’s the next major milestone on the calendar? Fungi, fish, arthropods, and land plants all appear in November.